Heroin is a highly addictive opiate that produces an intense effect on the brain’s reward system. Individuals who use heroin report feeling a rush of pleasure or euphoria. Heroin works by binding to the opioid receptors in the brain rapidly, especially those involved in feelings of pain and pleasure. Approximately four million Americans have tried heroin at least once in their lifetime.

People who use heroin often develop a tolerance to the drug and need more and more amounts to achieve the same effect. Individuals who use heroin and stop using the drug abruptly may have severe withdrawal symptoms.

This is why it’s important to enroll in a Heroin detox program if you need to stop using heroin. At Huntington Beach Detox in Orange County, we provide a scientifically-proven method of detoxing the body from Heroin. Our medically-assisted detox will help you be comfortable and safe as you are surrounded by medical professionals and observed on a 24/7 basis.

Heroin as a Narcotic

As mentioned previously, Heroin is a narcotic that affects the reward system of the brain and causes a number of withdrawal symptoms when you stop or cut back after heavy or consistent use.

The effects associated with heroin are similar to other opioids and painkillers like oxycodone and hydrocodone, although more intense. Withdrawal is common and often extremely uncomfortable which leads to further abuse to avoid the symptoms.

Supervised Heroin Detox is necessary to provide a safe environment to manage Withdrawal Symptoms. Although the common symptoms are not life-threatening on their own, complications can arise and cause harm to the person. Dehydration, Electrolyte Imbalances, and Asphyxiation caused by vomiting are just a few possible complications.

Psychological Withdrawal Symptoms are also monitored in a Detox Facility. Supervised Detox is always recommended to prevent Self-Harm, Relapse, and manage symptoms like Anxiety and Depression.

Withdrawal from heroin and other opiates on your own is difficult and can be dangerous. Professional treatment will help you through this process by providing therapy and counseling, medicine to ease withdrawals and curb cravings, and other means of support. There are many options and programs available to suit your needs.

Some common medications used in heroin detox are:

Methadone is used to help taper patients off of heroin and prevent withdrawal symptoms as well as treatment for long-term abstinence maintenance. Doses of methadone are usually decreased over time.

Naltrexone reduces heroin cravings by blocking opioid receptors in the brain and is available in both pill and injection form.

Buprenorphine (Subutex) is one of the most commonly used drug for heroin withdrawal. It can shorten the length of detox as well as be used for long-term maintenance like methadone.

Buprenorphine reduces cravings and symptoms like muscle aches and vomiting. Buprenorphine may be combined with other drugs, like Naloxone, to help prevent misuse.

Clonidine is used to manage a range of withdrawal symptoms but does not reduce cravings.

The biggest complication is relapse. Relapse after a heroin detox is especially dangerous because the user often does not realize how much their tolerance has lowered during their period of abstinence. Most opiate overdoses take place soon after detox. This is why it is always recommended to enroll in an inpatient treatment program immediately after your detox. 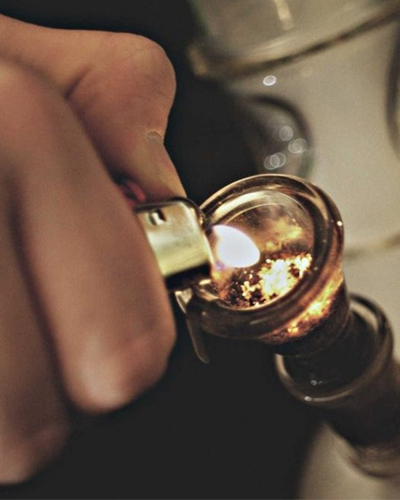 The biggest complication is relapse. Relapse after a heroin detox is especially dangerous because the user often does not realize how much their tolerance has lowered during their period of abstinence. Most opiate overdoses take place soon after detox. This is why it is always recommended to enroll in an inpatient treatment programimmediately after your detox.

Physical dependence plays a very large role in the opioid addiction epidemic and subsequent withdrawals. Overtime tolerance is built, which means more and more of the drug will be needed to produce the same effects as previous doses. Eventually the individual relies on the drug to prevent withdrawal symptoms, known as physical dependence. How long it takes to become physically dependent depends on many factors like method of use, dosing, and the individual.

Symptoms and Duration of Heroin Withdrawal

Withdrawal symptoms usually begin within 12 hours of the last dose. Heroin withdrawals are similar to those of other opiates and narcotic painkillers, though because of heroin’s rapid onset, the emergence of withdrawals comes sooner.

Going through heroin withdrawals often feels similar to a terrible case of the flu. Symptoms usually peak during the second or third day and the discomfort typically subsides after about a week or so. These symptoms can be agonizing and painful but are not typically life-threatening.

The dosages and period of time over which the abuse occurs influence how long withdrawals last. Aside from acute withdrawals, the effects of heroin on mood and behavior are vast and can last months after sobriety begins because of the changes in chemical makeup of the brain due to heroin abuse. Depression, anxiety, fatigue, and insomnia are some possible symptoms of post-acute withdrawal syndrome, or PAWS.

Common withdrawal symptoms that may appear later include:

The medical team at Huntington Beach Detox will ensure your heroin detox is as safe and comfortable as possible. We will be there with you 24/7 as you go through yourheroin detox. We will manage your physical symptoms and prescribe medications that will help to reduce the effects of withdrawal.

If you are ready to enroll in an heroin detox program at Huntington Beach Detox in Orange County, please us today at (855) 790-7418.